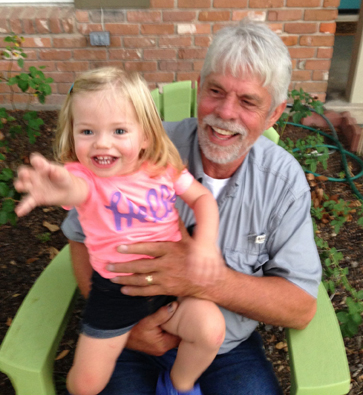 Bob Samson was born and raised in Houston, Texas to two loving and compassionate Dutch immigrants along with five brothers and three sisters. As a young boy Bob and his younger brother Rene’ developed a passion for hunting and fishing and found it kept them out of mischief. He has continued this passion and has been an avid outdoorsman for the last forty years.

He credits his Uncle Jimmy with providing him the tools to love and respect the outdoors. His brother Rene’ has been his best hunting buddy and they have implemented Uncle Jimmy’s instructions to the best of their abilities.

Bob’s beautiful and caring wife has provided him with three magnificent daughters all of whom enjoy the outdoors. Bo Sims, his eagle eyed son-in-law, discovered the United Special Sportsman Alliance and suggested Bob get involved. After doing a little research into the program Bob was put in contact with Brigid O’Donoghue. He immediately knew that the United Special Sportsman Alliance was a place where he could showcase his talents and pass along Uncle Jimmy’s outdoor wisdom to some wonderful people.

Professionally Bob has enjoyed stints with various companies, including a Fortune 500 firm but wasn’t fully satisfied. In 1985 he ditched the coat and tie and started his own company that allowed him to work on marinas and be outdoors. Bob was back where he belonged in the water and open sky and has never looked back!

In just a short period of time Bob has met the most warm and gracious people and it has been a fantastic new chapter in his life. He is so grateful to be given the chance to help out with the program and interact with all his new friends.