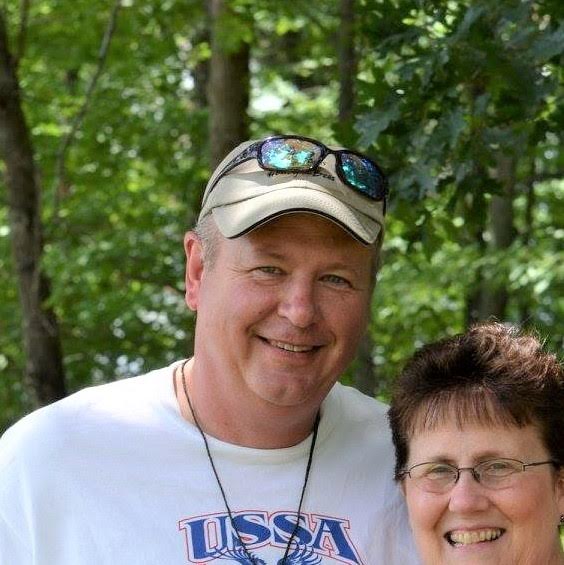 Dean has been happily married to Deb for almost 29 years with two sons, 26 and 24 years old. Dean has a very close-knit family with 7 brothers and sisters who have jumped on board to help him operate USSA’s MN Chapter. He grew up in a construction family in Columbia Heights, Minnesota, and learned to be a handyman and jack-of-all-trades from his father. He graduated from Columbia Heights Sr. High in 1978.

He went to Anoka Technical College and became an auto mechanic in 1980. He worked as a mechanic and service manager until 1986. That’s when he quit the auto business to stay home and raise his two sons and start up a taxidermy business.

Dean suffered a near fatal gunshot wound to the chest by another deer hunter in 1988 which made a great impact on his life. It was not long afterwards he became a hunter safety instructor.

Since April 2010 Dean has been the USSA MN Representative. Dean has been involved with a lot of non-profit and charity organizations over the years. He served on the board of the MN Taxidermy Guild for the past 6 years. He started the Lakes Chapter of the MN Deer Hunters Association 19 years ago in Forest Lake. He has been President, Vice President, Board Member in that chapter and also a member of the Forest Lake Sportsmen’s Club. Dean and his friends run a mentoring program at the club teaching youth about archery. While being a Firearm Safety Instructor for almost 13 years he also teaches a class of 30 to 70 kids each summer at the Forest Lake High School.

Last summer he put on his first youth event for USSA in Minnesota. It was at the Forest Lake Sportsmen’s Club where he had an attendance of over 120 children plus parents. The special kids got to shoo 22’s, archery and shotguns. Dead said “90% of the kids never shot a gun before.” The families said it was one of the most fun events they ever experienced. There were many other attractions going on that day but that was the highlights. There was one on one instruction with every child to help them learn to shoot and be safe. The parents are also part of the events. Last falls Dean had 14 MN children bear hunting in WI; ten of them harvesting a bear. Some of the children also went on deer and turkey hunts.

Dean also took on the role of lining up taxidermists to donate free mountings for each child. Dean said, “Because many of the families know me, when the children asked me if I would do their mount for them, I couldn’t let them down. I did 6 free bear mounts and 3 deer mounts so far for the kids.” Normally it can take a year to get a mount done, but Dean worked late hours every day to make sure he had the mounts all done by Christmas for the kids. He delivered them just before Christmas and the kids all had a big surprise Christmas morning. Dean said, “Hopefully it put a smile on their faces and gave them some special memories.”

Dean added, “I feel most of us have years yet to live and a lot of experiences still ahead. Some of the USSA Children don’t. My goal is to create as many memories for the critically ill and disabled children and their families as possible in the short time some of them may have. No matter what illness, we want to make the child be the center of attention and feel like a kid without a disability or life threatening illness. The child can forget their problems and we can also help take a little stress from the parents, even if it’s just for a day.”