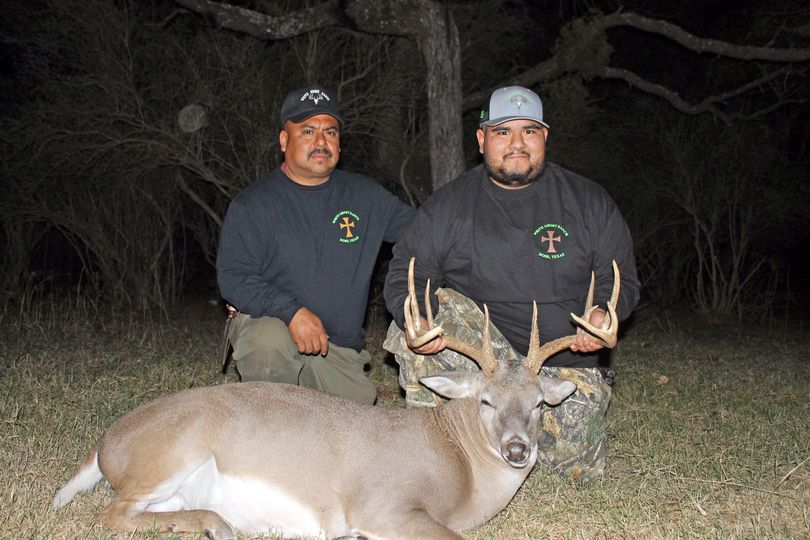 For as long as he could remember, Gabriel wanted to go hunting, but health issues had prevented him from achieving his dream. Shortly after his 20th birthday, his parents gave him the good news that he would be going on his first deer hunt very soon!

After Gabriel and his dad, Guillermo, arrived at the ranch and got settled in Brent, took them target practicing, and then gave them a ranch tour. They enjoyed the scenic rolling hills, live oaks, mesquite, and brush of the Texas Hill Country.

That afternoon, they quietly entered the blind overlooking some prime feeding areas. In time, an outstanding buck was spot foraging through the scattered trees and mesquite countryside!

Instantly the internal excitement peaked as Gabriel rested the rifle on the deer stand window ledge. Brent whispered, “Okay, take your time.” Gabriel waited what seemed like an eternity until the deer came into a clear sight path. He then dialed the scope and took the shot he had waited for his entire life. The big buck hunched then drop in his tracks.

“I never saw Gabriel so happy; he was so excited getting his deer,” said his dad.

Special thank you to Brent & Pam Geistweidt and White Ghost Ranch for making a young man’s dream come true and Dr. Dan McBride and TTAI for donating the mounting. Congratulations to Gabriel on his Texas trophy and the fond memories and camaraderie shared with his dad and Brent. God bless!