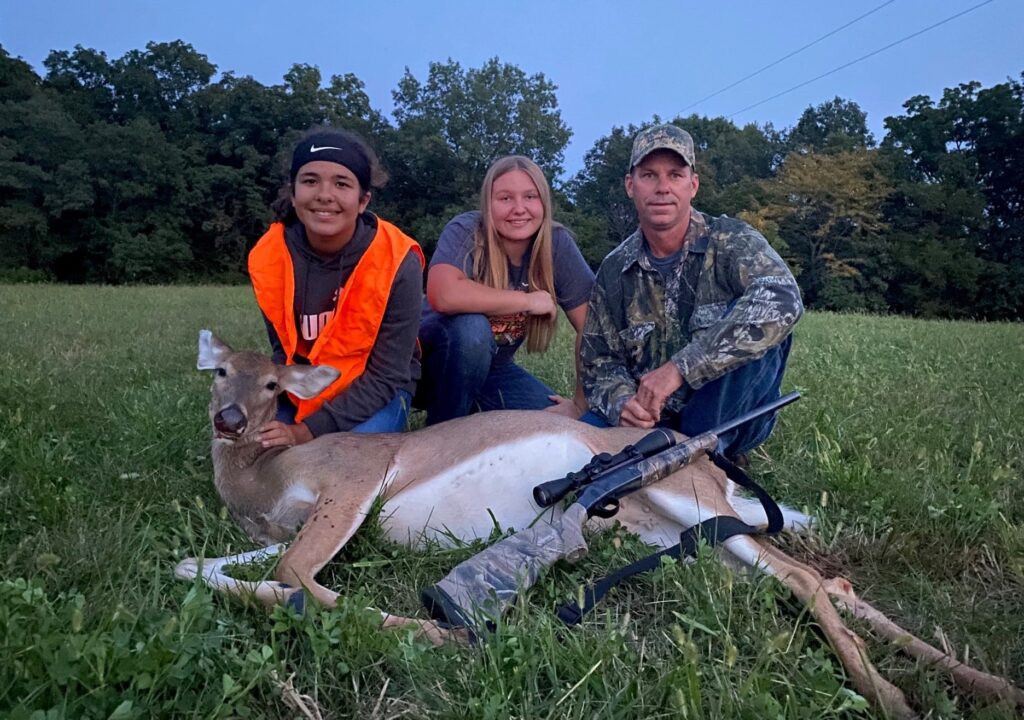 13-year-old, Liv, grew up in a hunting family, but never experienced it herself, so she was excited when a deer hunting opportunity arose.

Around 3:30 pm on Saturday, Liv and her guides, Michael and his daughter Tate stealthfully entered the blind.

It wasn’t long, and deer started coming in from the hardwoods to the open field. Soon as the deer were in shooting range, Mike motion for Liv to pick up her rifle. She set the .45-70 CVA rifle on a tripod shooting stick, looked through the Leupold scope, put the crosshair on the doe, and squeezed the trigger. The deer buckle, then ran off to the right 50 yards. Liv asked, “did I get it?” Mike responded, “you smoked it; it’s over there.” He pointed to the right, and Liv’s jaw dropped and said, “I did it!”

In the spirit of a friendly brother-sister rivalry, Liv texted her brother about her successful hunt, which lasted under three hours, and took him four years to accomplish. He was so proud of his little sister getting her first deer.

Thanks to the family who donated their property. Congratulations to Liv on her deer and treasured memories shared in blind with her mentors Mike and Tate! God bless!