Tears of joy shared in the mountains! 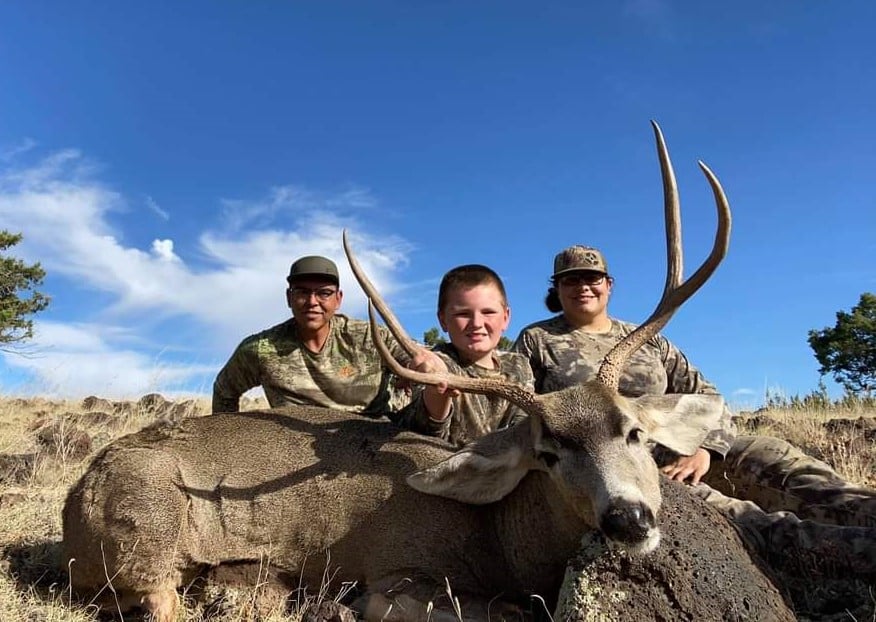 11-year-old Prestynn was thrilled hearing he received a deer licenses, and his dad and aunt would be guiding the hunt.

They were looking for deer using a spot-and-stalk method, but as the temperature climbed, the deer were not moving, so they decided to head home.

Sergio said, “Then we spotted deer on the hill and made a plan. We waited for the deer to spread out for a buck. As we slowly moved in closer and closer, the nervous excitement set in with Prestynn.

We were only 100 yards from 4 bucks that were feeding, and then another bigger buck stood up. He got the muzzleloader into position, took the shot, and it was down. I have been on many hunting trips in the mountains but never teared up the way I did when I saw the joy in my son’s eyes.”

Congratulations to Prestynn on his trophy buck and the treasured memories shared with his Dad and Aunt Nicah. God bless!