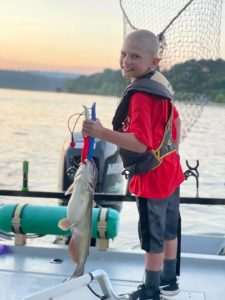 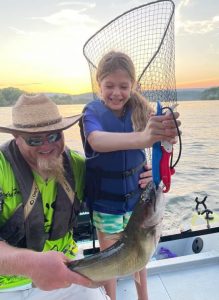 Cedric Poyner said, “We had an awesome day to say the least! I don’t know the numbers on what the other boats caught, but I was lucky enough to run the net 4 different times. We started out with a nice 17 pounder and followed that with a 39 pounder. We had some excitement in another boat and got to see them catch one. They no more than got the fish in the boat and I was told we got to stop playing around and get to fishing. We headed back down and the 3rd fish of the day put on a heck of a show with a huge fight and lots of drag stripping fun! It was our big one of the day and came in at 52 pounds! We followed that show up with the only one that the kids would touch and hold with a nice 6 pounder.” 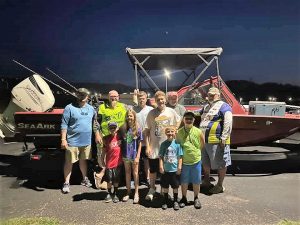